Brouwerij Roman is taking their beers to the next level!

Home → Brouwerij Roman is taking their beers to the next level! 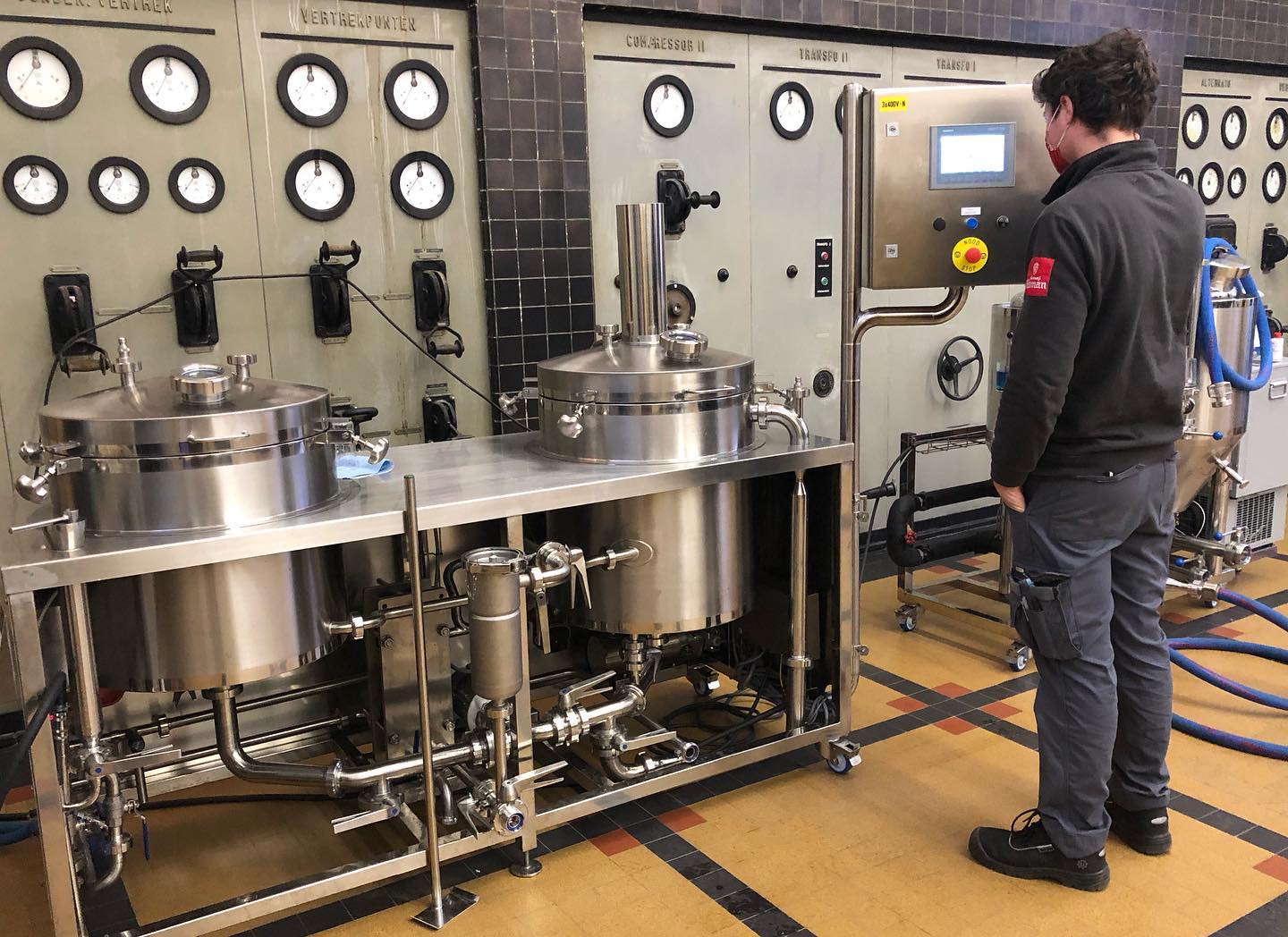 At the end of 2020, Brouwerij Roman, Belgium’s oldest family brewery, known for Ename abbey beer, Gentse Strop, Adriaen Brouwer, Roman Pils, etc., decided to invest in a test brewery for their laboratory. This in order to be able to guarantee a qualitative recipe development. Eventually, they decided to try out a Coenco 60l pilot plant, after a test period of several months, they finally decided to purchase the installation.

Half a year and many test brews later, we visited Sander Vercruysse (Laboratory worker/Brewer) and Andries Fonteyne (Brewer) to listen to their story and experience with the Coenco test brewery. 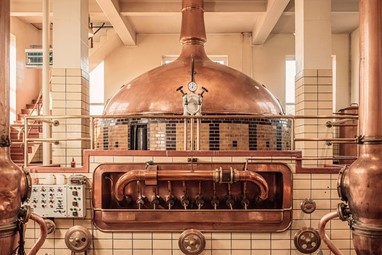 How did you brew your test recipes in the past? At what point did you decide to buy a test brewery?

The idea of buying a smaller installation for test brews has been around for some time. We used to tap wort for test brews from our large brewing room of 150hl. This wort was boiled in a separate kettle on gas. In a very traditional way.

We always try to take our beers to the next level. And because we often brew for third parties who expect test samples, we felt the need to experiment in a small but professional way with our existing and new recipes.

The idea that we could optimise the quality and become smarter ourselves convinced us to look for a suitable installation.

How did you end up with us?

Coenco’s name immediately came up. One of our colleagues had already been in touch with you at the Braubeviale and Coenco is a well-known name in the brewing sector, especially for smaller installations. The owner of the brewery, Carlo Roman contacted Coenco and that’s how it all started.

So the earlier test brews still had quite a bit of progression margin?

Yes, because in the past we could not be very flexible. The wort was always the same, the only thing we could do was make small changes to the hops.

150 hectolitres was the smallest we could brew, so it was not possible to make good test brews with this. What we sometimes did was, work out a brew completely on paper first, and then immediately start brewing on a large scale.

How does our solution help to brew quality beer on a small scale? 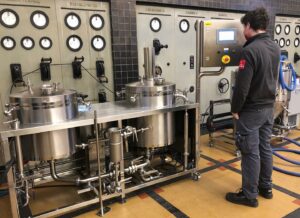 have many more opportunities to put our ideas into practice straight away. For example, we can now do tests with special types of malt or grain. Or we can play with the mashing temperatures. We can also use different brewing techniques and try a lot of different beer styles

If we brew for third parties, we can now also let them taste different versions of one beer. No longer beers from the lab, but beer from a real professional installation! The result is representative to the beers we brew in our larger brewhouse.

We can now also give brewing training to our employees. We believe it is important that all of our employees know how the brewing process works. 60 litres is the perfect volume for this. And if a test brew should fail, there is hardly any loss but we learned a lot from it.

What is your general feeling about the installation?

It is a very solid installation that meets all our needs. This installation is also more automated than our large brew house. Thanks to the PLC control system, we have, for example, a very stable mashing schedule. The filtration runs very smoothly and we have a nice rolling boil.

How would you describe the general cooperation with Coenco?

The cooperation is great. The flexibility and responsiveness of Coenco is remarkable. Small adjustments to our needs were no problem and we even have a common Whatsapp group where we can ask all our questions. Very useful if you have a question during brewing.

Definitely, it is clear that you know what you are doing and that you can take brewers to the next level.

Thanks for your time Sander & Andries

developed with the support of / réalisé avec l’aide de